Compare and shop the best Android Phones on the market right now! Save time and money on your purchase decision by trusting our experts selection of the best deals available! 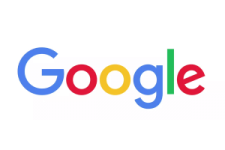 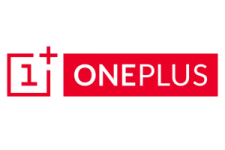 Over the years, the mobile industry has experienced spontaneous growth across the world, with more innovations expected to take place at the dawn of the new decade. For most phone buyers, however, the most significant decision left to make is whether to pick an iPhone or Android phone. While iPhones continue to gain popularity in the US, Android remains to be the leading mobile platform in the market. If you are considering shopping for an Android smartphone, then you might want to go for the best model in the market. Here is what you should know about Android phones before purchasing one.

There are plenty of similarities with the Android phones and iPhones, including the software keyboard, music players, and installation of third-party applications. However, notable differences are seen when it comes to the implementation of various phone features. Here are crucial elements that distinguish Android phones to iPhones.

iPhones are designed and built by one manufacturer, limiting users from the choice of the number of features to have on their phones. For Android phones, however, there is a package of hardware available to users. For example, with an Android phone, you can add an SD card to your phone to increase its storage.

Android phones have lesser applications available for users compared to the iPhone’s Apple Store. However, the difference is seen in the two phone types when it comes to the approval of these applications. Android phones do not require approval for apps to be featured in the Play Store.

For Android phones, users must have third-party programs to transfer files into the phone. They can also sync the phone with data manually through the drag-and-drop method. For iPhones, however, users will not need to run data synchronization as iPhones are designed to integrate with iTunes seamlessly.

Android phones come with multiple options for auto-correcting misspelled words. This is contrary to the iPhone interface that suggests only one choice of autocorrection. On the other hand, while iPhones have inbuilt support of multitouch, Android phones require third-party applications to support multitouch.

Although its successor has outdone it, Google Pixel 3 is still one of the best Android phones to buy. The phone is particularly recommendable for its quality camera. While the raw specifications of Pixel 3’s phone may sound a bit frustrating, the camera is enhanced by machine-learning software, making the capture images better. Google Pixel 3 comes with a 5.5-inch screen and a one-hand-friendly size.

In addition to its 6.3-inch screen, Google Pixel 3 XL is one of the best camera phones one would have to buy. The phone has two front-facing cameras and a 12.2MP rear camera that give you the best images. Google Pixel 3 XL also has a bigger battery life compared to the Pixel 3 model, with a top capacity of 3430mAh. With a 4GB RAM, the phone is also ideal for basic phone functionalities.

Huawei is popular for releasing phone models with attractive designs and high battery life, and the Huawei Mate 10 Pro is not an exception. In addition to its slick design, the phone is dust and water-resistant. Huawei Mate 10 Pro also features a dual-camera set-up, giving users great camera shots. You cannot go without noticing the phone’s storage space of 128GB, beating most of the models released within the same span.

The release of OnePlus 5T did not come as a shock to many as OnePlus is known for producing top-quality phones. Some of the features that make the OnePlus 5T model an outstanding phone is its software experience, performance, battery life, and camera quality. Buying this phone will land you to its 18:9 display, 16MP front camera for selfies, 20MP rear camera, and lower cost of sale.

The Note 8 model came as one of Samsung’s biggest comeback as far as releasing phones is concerned. With a 6GB RAM performance, 6.3-inch display, and outstanding dual cameras, the Samsung Galaxy Note 8 was released as one of the most expensive phones of the time. The phone is still an excellent choice for anyone interested in a large-size Android phone.

The mobile phone industry has experienced robust evolution in the past decade, with manufacturers competing to release the best phones. Buyers are left with a decision to choose between iPhones and Android phones, the two of which are the leading mobile platforms globally. Some of the elements that distinguish the two mobile platforms include data synchronization, the availability of applications, scope of hardware, and interfaces. If you are shopping for an Android smartphone, you might want to consider such models as Huawei Mate 10 Pro, OnePlus 5T, Samsung Galaxy Note 8, Google Pixel 3, and Google Pixel 3 XL.