Choose the best VPN (Virtual Private Network) Service today from our selection of the best and most popular on the market. 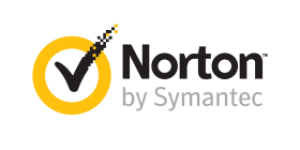 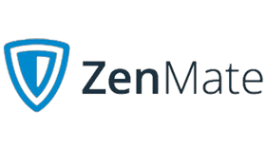 With more and more people everyday logging onto the internet, it's fast growing into the most important facet of our lives. One of the downsides of it however, is our personal and private data not only becoming available to the highest bidder, but also big tech companies, and in some cases the general public! One way to combat this is through using a VPN service.

What is a VPN Service?

The way you normally browse the internet is that you connect to your Internet Service Provider - ISP, such as Comcast, Verizon or similar, and they then connect you to the websites you want to see.

A Virtual Private Network, or VPN is a technology that originally only allowed a secured connection between two computers or networks over the internet, which meant that no other third-party can intercept it. This was useful for business people or academics that worked from home and wanted to access information stored in the organisation's network.

The usage of VPNs has evolved over time to become what they are today: a way to browse the internet through a different computer's connection, often in another country. This gives you benefits that you wouldn't get from browsing the internet normally, which we'll highlight below!

Things to know before using a VPN Service

While many people would think that they don't need to use a VPN service as all their information is safe, or that they have nothing to hide, this couldn't be further from the truth! Data is one of the most valuable pieces of property on the marketplace today, and countries, companies and individuals try to gain access to data through any means.

If you're in Starbucks paying for a new set of headphones on Amazon, without a secure connection, anyone in that Starbucks can access your card information if they hack into your device! If you're connecting to your company's virtual drive and accessing sensitive information, a rival company could also see that information and use it to gain the upper hand in the marketplace. If you're watching a news organization that your government doesn't like, they can easily find out through your ISP's records! There are many times when you'll want to be using a VPN service to protect yourself, and often others!

At the same time, VPNs are not a topical use technology, you shouldn't only use it when you are doing sensitive things. If you're using the VPN while paying for those headphones, but then turn it off and stay connected to the same network, the information then becomes accessible to intruders and hackers once again! When using a VPN you need to commit to using it permanently, which is part of the reason why choosing the right one is so important!

How to choose the best VPN

When choosing the right Virtual Private Network for yourself, it's important to consider a number of factors. There are many VPNs out there, and more popping up all the time, so you need to do your research before committing!

Are you only going to be using it at home for your family's home connections? Do you want one that can handle streaming movies with a high bandwidth and unlimited download amounts? Or are you a travelling worker that must be able to connect in multiple countries? Knowing the circumstances you'll be using it in will really help you start narrowing down to the right one.

The next choice is which VPNs are compatible with the devices you'll be using. Just your home PC? Will you attach your smartphone to it? It can even come down to operating system, with some not working on Windows or iOS!

Of course the next thing should be budget, how much can you realistically afford for your VPN?

While this feels like it should be at the top of the list, at this point almost every VPN is secure enough to deal with anything short of quantum computing, and that won't be widely available for at least a decade yet!

Finally, you'll want to narrow down your choices to those that have great customer service. The internet is changing all the time, and you're likely to come across a roadblock or two, so being able to contact your VPN provider and let them know is very important!

At this point, you should be able to narrow your choices down to just a few and then it becomes personal preference or whichever has the better user interface.

Benefits of using a VPN

Here are just some of the benefits of using a VPN:

Improved security: Security against hackers, governments, companies and others

Viewing geography restricted content: Whether it's programmes not available on Netflix, or banned news channels, you'll be able to view another country's content

Anonymity: VPNs give you complete anonymity on the internet - provided you don't then use your details on a website!

Cheaper products: If you log into an e-commerce site from another country, you will be able to see their prices for items. This can bag you cheap electronics, airline tickets and more. Just remember to factor in international shipping costs!

Avoid speed throttling: Depending on where you live, you might get speed throttled, but a VPN will stop this by not connecting to your ISP!